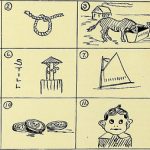 Future Energy Chicago is a games-based simulation at the Museum of Science and Industry in which players collaborate and compete to create an energy-efficient landscape for Chicago. Playing in teams, visitors can reinvent the home, the car, the transportation system, the neighborhood, and the power grid. Grounded in real-world data, the simulation presents complex energy issues in a fun, social experience.

Multiplayer games-based design was completely new to us, and it was critical to conduct an in-depth formative evaluation process encompassing paper and digital prototypes, which we did with Randi Korn & Associates (RK&A). Not only did this shape key design and content decisions, but it also highlighted the importance of particular elements—two of which we discuss here—that are applicable to many types of projects and budgets.

The time and energy spent on the paper prototyping and Potion’s participation in the process was invaluable in achieving conceptual clarity, while saving considerable time and expense.

Mad for Math: The Museum of Science and Industry Chicago uses digital technology and nature’s own graphic language to teach visitors about math.
June 18, 2015

Science Museum Tips: On the Process for Developing and In-House Exhibition
June 18, 2018